Be a Better Human 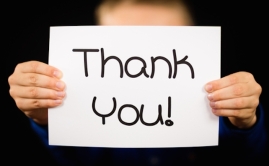 Gather around everyone! It’s time for a quick refresher course on some foundational principles for being a decent human being. Don’t panic, it’s nothing complicated or scary. No one is going to expect you to cure cancer or kiss your sister, but we’re getting a little lax on some lessons we should have learned in Kindergarten. Let’s get started.

“If you can’t say anything nice, don’t say anything at all.” I understand that sometimes there are not-nice things that need to be said, but any Southern lady can tell you that you can say not-nice things in a nice way. Punctuate just about anything with “Bless your heart” and it’ll go over much better than just being ugly. If our words were physically manifested on our bodies, we might think twice about spewing out a bunch of sour ugliness. By the way, this rule applies tenfold for anything posted on the internet.

“You don’t build yourself up by tearing others down.” This includes your country, your elected officials, your parents, other sports teams (with the exclusion of the NY Yankees), your boss, the other drivers who can’t use a turn signal (bless their hearts), and most certainly anyone of a different race, color, creed, heritage, religious faith, or country of origin. If you struggle with this rule, refer to the one above and just keep your mouth shut.

“Lead by example.” If you want your kids to be productive, self-sufficient assets to society then be that. If you want to live in a world that’s not filled with hate, fear and intolerance then don’t be hateful, threatening and intolerant. Be the change you want to see.

While this is pretty basic stuff, so many of us seem to have lost sight of how to play nice with the other children. It’s not enough to just accept that haters are going to hate. We can do better than that and be bigger than hate. I understand that no one wants to be told they have bad breath, but, at the same time, sometimes you just need a helpful breath mint, a friendly smile, and a cheerful “Bless your heart” to save you from some unnecessary embarrassment. Think of this as a breath mint for your manners. Now go out there and be better humans!

The City of Houston paid a sculptor to create this massive, 32-foot tall, weird, reflective bean thing then proudly planted it near the Museum of Fine Art. I’m not sure why that much metal was wasted on such a thing when there is a real hero desperately in need of recognition and adoration, a true man among men: Willis Carrier. This man should be elevated to saint status, have elementary schools named in his honor, and every July there should be an official holiday complete with parades. Willis Carrier invented the air conditioner.

Where would we be, oh sweltering Gulf Coast of Texas, without this man? Houston wouldn’t be the fourth largest city in the US, that’s for sure. Instead the entire area would be populated by drunk, divorced, chaffed, irritable isolationists and boasting the highest homicide rate on the entire planet. Satan himself would sell his luxury condo for pennies and leave town grumbling about intolerable conditions.

Willis Carrier isn’t just cool, he’s the King of Cool. I suppose when one of your relatives is burned at the stake as part of the Salem Witch Hunts, you become a little hyper-sensitive to being hot under the collar and embody a new motivation for redeeming your family’s name and reputation. Talk about a Phoenix rising from the ashes!

Certainly there needs to be a distinctive tip of the hat to the Egyptians for figuring out how to make clothing out of cotton. Without them, we’d still be wearing wool all summer, which a large majority of people were through the 1800’s. Even swimsuits were made out of wool until the 1930’s! Just the thought of it makes me scratchy, chaffed and irritable.

Without Mr. Carrier, we’d be facing a world without leather car seats, ice cream trucks, and Slurpees®. Humidity would be an unstoppable, mold-growing, hairdo-killing scourge. We’d have no safe retreat from mosquitoes, sunburn, or the neighbors. To be honest, without Willis Carrier’s air conditioners, we’d have long since given the lower half of the Louisiana Purchase back to France and thrown in pretty much every other state south of St. Louis.

So today when you crank that thermostat down to single digits and your house is like a frosty beer mug, stop and send up a prayer of thanksgiving to Willis Carrier. Oh yes! Thank you!

In this trough between Mother’s Day and Father’s Day, there is no better time to take a look at some examples of beautiful, happy families in their natural habitat: the courtroom. Parents are busy suing their children while the kids are getting lawyered up to go after their parents. Tell me, Hallmark, how are you going to handle this fine kettle of smelly family fish?

In St. Louis, 17-year old Anthony Dwight is suing his biological parents because he was born white. Did this boy skip Biology class in school? Exactly why would he expect his very white, Midwestern parents to produce anything but a white child? But yet he wants to hold them responsible for their “selfish desire to bring another white child into this world,” which, I’m sure, no one regrets right now more than they do. Of course, this is nothing that $20,000 to pay for the treatment to turn his skin color to “dark black” wouldn’t cure. Maybe they just need to turn his behind a bright red.

And Michael Rotondo. THIRTY YEARS OLD and his parents had to get a court order to have him removed from their couch after eight years! I’m guessing they already tried throwing his Xbox into the front yard so when he frantically ran out there to reclaim it they could lock the doors and bar the windows. This college educated, deadbeat dad then whined in court that he didn’t have money for moving boxes so he couldn’t leave. I don’t know about the liquor stores in New York, but around these parts, you can pick up some nice, sturdy boxes for free.

Since I’m always looking for the silver lining, I’m ready to jump on the opportunity presenting itself here! I am going to hang out a lawyer shingle for my new firm, “Grow the Heck Up Legal Services.” I’m not sure what white Anthony Dwight is paying his lawyer (where did he get that money?), but I’ll represent his parents for free. That I’ve never been to law school is beside the point. I’ll simply show up in court and throw out the GROW THE HECK UP defense. Same with Michael Rotondo: Grow the Heck Up! Case closed.

Ultimately, though, the way to avoid these situations all together is, when you have the choice, just raise hogs instead.